Free Fire: 4 curiosities about the game 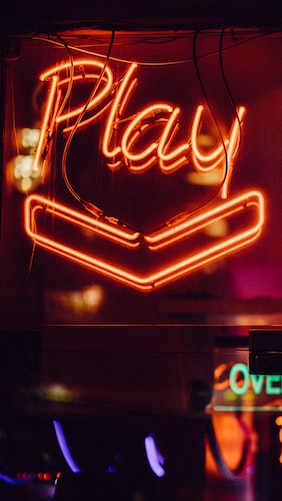 Free Fire was launched in December 2017 and turned out to be an instant success. It is no coincidence it has impacted so powerfully the industry of online games.

Undoubtedly, Free Fire is one of the most successful Battle Royale games, with over 100 million active players worldwide. That means a lot! But that is only one of the uncountable facts of this current phenomenon.

In this article, you’re about to check out 4 of the most interesting curiosities about the game. So, keep on reading to find who has created Free Fire, where it left great footprints, some nice easter eggs, and more!

1. Garena is not the creator of Free Fire

Maybe you know Garena is responsible as the distributor of Free Fire. Along with its renowned siblings, like League of Legends, FIFA Online 3, and Heroes of Newerth, thanks for the company, Free Fire has become the success it is now.

However, you might not know that Garena is not the creator of the game. That merit goes to 111dots, a small Vietnamese company which had the mission of designing a decent competitor for PlayerUnknown’s Battlegrounds (PUBG). And they made it!

Free Fire was so well made it impacted the whole industry. We’re talking about a franchise that already reached 1 billion dollars in revenue since it was launched in 2017.

The game has over a half-billion downloads on PlayStore and was awarded by Google the most innovative game of the year. With the help of Free Fire, Garena’s owner Forrest Li is today the second billionaire made in the online games’s industry.

No doubt Free Fire is an unquestionable success in the world. With more than 100 million active players around the globe, Asia and Latin America are the protagonists of the Garena’s major growth.

Therefore, we can see here and there many, many references to the culture of the country, as in the characters, skins, maps, and more. Such care has a reason: Brazil really embraced the game and has taken it as a great thrust to the e-sports universe.

4. Free Fire has a lot of easter eggs

Now, if you keep looking only for references from Brazil in the game, you might lose many of the other fun easter eggs you can find. Alright, one of the characters is the greatest DJ in Brazil, another one was inspired by Capitão Nascimento from the Brazilian movie Tropa de Elite, and many maps are regions of the country. But you will never run out of nice little secrets spread all over the game.

In Free Fire, you can find famous paintings, places of the world, characters of other games, memes, and much more.

For instance, did you know the name free fire is an expression used in the war to refer to a zone where there are no allies? That means “kill at ease.” Basically, this is the whole point of the game style Battle Royale: stay alive while everybody tries to finish you.

You have just checked 4 of the most interesting curiosities about Free Fire. There are much, much more.

Why don’t you share these fun facts of the game and see with your friend what else can you find? So, spread it now on your social media!